Home > psychology matters > How To Deal With Difficult Conversations How To Deal With Difficult Conversations

RWA Psychology provides psychology and counselling services to individuals, couples and families in the Hills and Hornsby Shire’s of Sydney.

We all have to deal with difficult people or conversations at times. It’s not fun when we find ourselves in those ‘tennis match’ arguments; the harder you argue, the harder the other person argues back. Before long, the interaction becomes angry, over-emotional, and not productive.

There are some things to be aware of in these situations.

Firstly, we should ask ourselves who owns the problem?
For example, your teenager might not make their bed. If there is a door to the bedroom and they are happy to sleep in an unmade bed, you may decide that closing the door is an option. However, you may decide this is an issue worth the effort of trying to change someone else.

The next question is what sort of relationship is this?
Long term, permanent relationships such as family, colleagues, and friends will influence how you approach a situation. You may be quite confident to complain about poor service in a coffee shop but find it hard to tackle a disrespectful mother-in-law. Ongoing relationships require a different approach.

Here are some strategies that may be helpful.

Time and place
Don’t approach important issues when you are tired, hungry, already annoyed or discussing something else. Respect the other person’s’ feelings by being aware of how they are at that time — maybe they just walked in from a busy day.

If you are not in a frame of mind to discuss something, put it off (if you can). For example, say your teenager wants to know if they can go to a party on Friday and you’ve just walked in the door from work. Don’t be afraid to say, “I’ll think about it and give you an answer on Wednesday.”

Pitch, tone and velocity of speech
Keep your voice calm and speak slowly and quietly. This helps keep the discussion under control and help calm you and lower the defensiveness in others.

Let the other person speak
The person who talks (or shouts) the most during an argument isn’t the winner! If you are interrupted, stop speaking and listen. Eventually they will calm down and know they will be heard. Reflect back by acknowledging what they have said so they know you are listening.

Time out
If you’re not prepared, or need to think, or if the discussion is going around in circles, call a time-out by saying, “I need time to think about what you’re saying. I’m going for a walk but let’s talk about it over coffee tomorrow.”

Rehearsal
If there is an issue you want to discuss write down points, rehearse what you want to say.

Breathing
Breathing techniques such as 4-7-8 (breathe in for 4 second, hold the breathe for 7 seconds, breathe out for 8 seconds) or any other self calming methods may help.

Self-talk
For example “……. is not my enemy, there are lots of good things about them”. We all respond to having out good points acknowledged.

What do we agree on?
There is always common ground that can be a starting point. “I agree that you should be able to socialize with friends, however I need to know more about this party on Friday.”

Tackle the issue, not the person
People will always be more defensive and therefore more angry if they are personally attacked. Try not to resort to blaming, name-calling, or generalizations “you always….”

If it happens to you, remember your self-talk/deep-breathing/self calming strategies, have a response planned “You might think I am hysterical/over reacting, but right now we’re talking about the party on Friday.” Get back to the point after you get side-tracked, or resort to other strategies such as time-out.

Mary Walker is a psychologist at RWA Psychology with a special interest in depression, anxiety, OCD, trauma and disabilities. 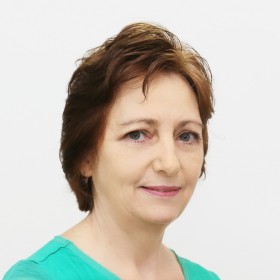 Mary Walker is a psychologist with a special interest in depression, anxiety, OCD, trauma and disabilities. Call RWA psychology for an appointment with Mary or one of our other psychologists.