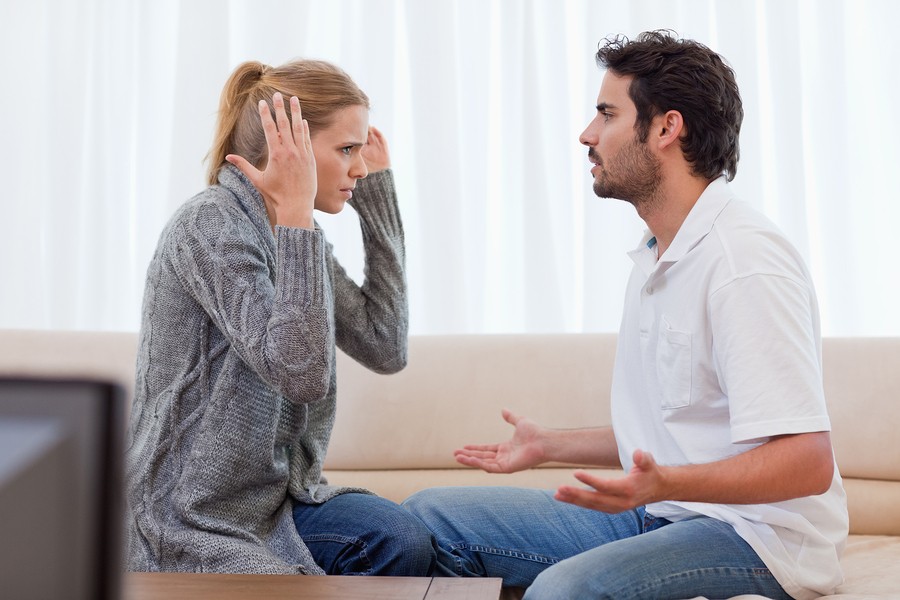 May Soo is a psychologist at RWA Psychology working with couples, helping them address their relationship issues.

Many couples find it difficult to accept that it is not the presence of conflict that indicates a troubled relationship. Conflict is inevitable and a normal and even healthy part of a relationship. It’s how you deal with conflict that can potentially be problematic.

Research has shown there are certain kinds of negative communication styles which are so destructive, they signal the end of a relationship. Internationally renowned relationship expert and best-selling author, John Gottman call these, The Four Horsemen of the Apocalypse, a metaphor used to describe counterproductive behaviours that are so lethal, they predict relationship failure if they aren’t changed. This is because each of these corrodes the love that is at the core of an intimate relationship.

In relationship terms, The Four Horsemen are Criticism, Contempt, Defensiveness and Stonewalling. Let’s look at each of these and what you can do about them.

Criticism refers to attacking or putting down your partner’s personality or character rather than his or her behaviour itself. When you criticize your partner you are basically implying that there is something wrong with him or her.

But does that mean that you shouldn’t say anything about your partner’s behaviour that upsets you? Of course not. Expressing your feelings, even strong, powerful feelings, is fine. But it’s how you do it that matters.

Criticism vs. complaints
There’s big difference between a complaint and a criticism. A complaint addresses a specific action or non-action and is different to criticism in that a complaint targets a behaviour you want to change.

Antidotes to criticism:
– Find the request, wish and/or need behind the criticism.
– Address the behaviour you do not like, do not attack the person.
– Learn to make specific complaints and requests (“When X happened, I felt Y, I want Z”.)
– Soften your start-up. Begin tactfully, be clear and describe what’s happening – don’t evaluate or judge.

Contempt is any statement or nonverbal behaviour that attacks your partner’s sense of self with the intention to insult or psychologically abuse him or her. It shows blatant disrespect for your partner and puts you on a higher ground. Such behaviours include eye rolling, sneering, name-calling, hostile humour and sarcasm. Nothing is more destructive to love than contempt.

To fight contempt, couples have to work very hard to create a culture of appreciation. Both of you may be feeling very unappreciated in the relationship. To change this around, it is important to actively change your mindset.

Antidotes to contempt:
– Be aware of your thoughts, feelings and behaviours and understand what it is that you are really upset about. Target that rather than using passive-aggressive ways to tell your partner how you feel.
– Speak respectfully even when angry.
– Let go of any unhelpful stories (of righteous indignation or innocent victimization) that you are making up and re-write your inner script.
– Practise holding your partner in warm regard, even when feeling distant or during a fight.
– Catch your partner doing something right, and tell him or her that you appreciate them for what they are doing.

Defensiveness is an attempt to protect yourself, to defend your innocence or to ward off a perceived attack. Making excuses, cross-complaining and “yes-butting” are all forms of defensive behaviour. When feeling under attack, it’s understandable that people get defensive. That’s why it is such a difficult habit to break however, defensiveness rarely works because it’s really another form of blaming.

Accept responsibility/influence
The ability to accept some responsibility, no matter how small, is a cure for defensiveness. When you accept what your partner is saying (however minor) you communicate: “I hear you. What you say matters….”.

Stonewalling happens when rather than confronting the issues with your partner, you take evasive action such as tuning out or turning away. Common responses include stony silence, monosyllabic answers or changing the subject. There is a reluctance to express directly what you are thinking or feeling.

While some people use stonewalling as a way to calm themselves or the situation down, it seldom works because your partner is likely to assume you don’t care enough about the problem to talk about it and finds it very upsetting to be ignored.

The antidote to stonewalling is to learn to calm yourself down actively and then to re-engage in the conversation.

Antidotes to stonewalling:
– Check for feelings of being emotionally overwhelmed (i.e. emotional flooding).
– Take time out: Tell your partner you need a break from the conflict discussion. You can disengage from the conversation with a phrase such as: “Let’s leave this for another time, when we’re calmer”.
– Assure your partner that you will return to the conversation when you’re both ready.
– During your time out, do something soothing or calming such as listening to music or reading a magazine. Try taking several slow, deep breaths.
– Address your fear/s of what will happen if you express your thoughts and feelings directly to your partner.

Breaking patterns like this is easier when you are both motivated and committed to change. However if you and your partner are finding it difficult to replace The Four Horsemen with more loving behaviours, then seeing a couples therapist can help to kick-start the use of healthier communication tools and to re-establish intimacy in your relationship.

Couples counselling is however NOT a quick fix. It requires commitment to the therapeutic process and to each other but the hard work eventually pays off!

Here are some resources to get you started:
– Visit Dr John Gottman’s website
– Gottman, J. & Silver, N. The Seven Principles for Making a Marriage Work. Orion, 1999