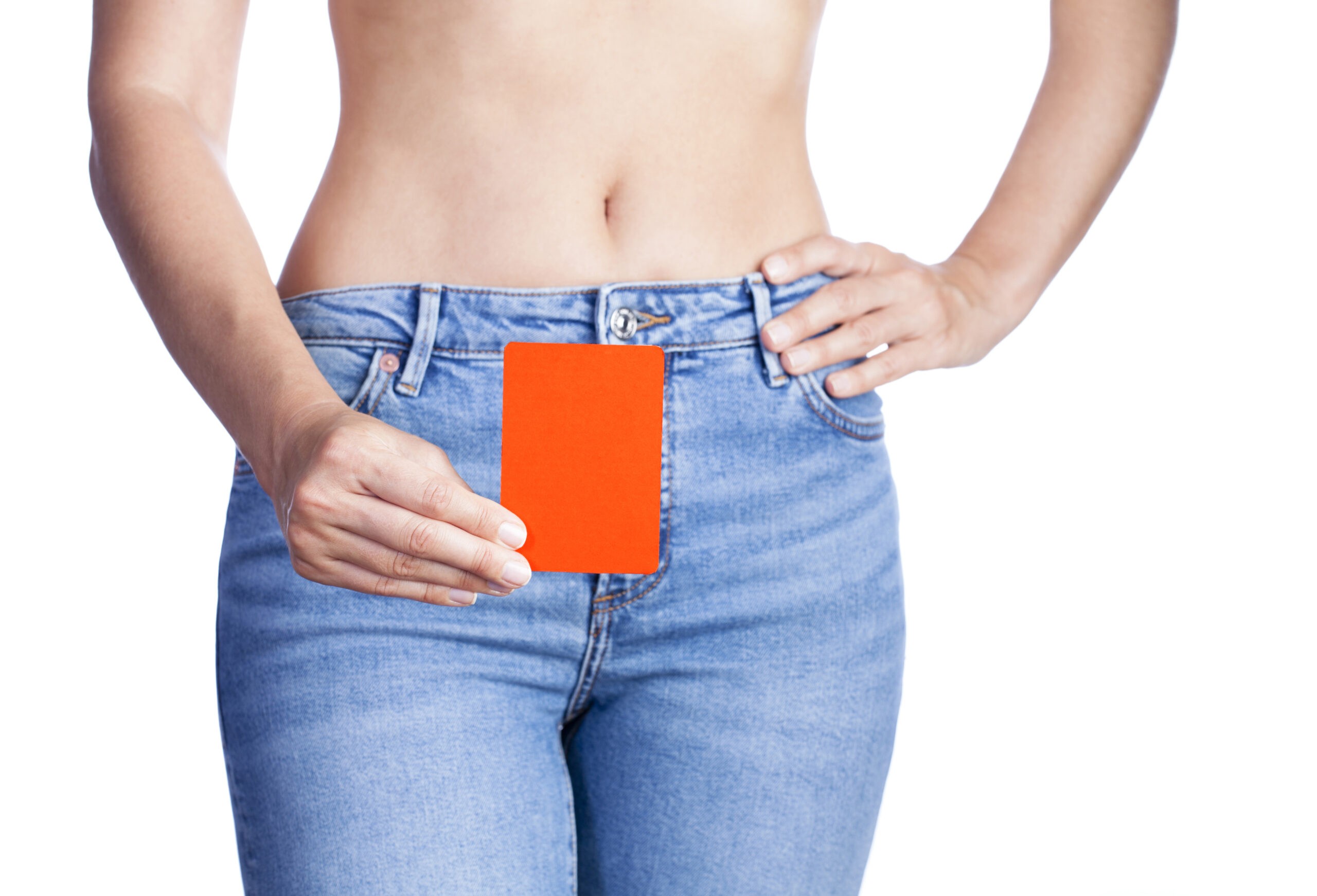 Uncovering the Hidden Pain of Vaginismus

It is generally accepted that sex is an enjoyable, fun and pleasurable experience and certainly one of the benefits of being in an intimate romantic relationship. But, for some people sex is the cause of much stress and distress because having sexual intercourse is extremely painful or impossible. One of the most typical causes of painful sex for women is vaginismus, a common condition which can have a huge impact on the individual sufferers, their partners and relationships. Although it is treatable, many women (and their partners) feel alone and burdened with a “shameful secret” which they feel embarrassed to seek help for. This is usually because vaginismus, like most sexual problems, is rarely talked about.

Vaginismus is a condition where the outer third of the muscles of the vagina (i.e. the muscles surrounding the entrance to the vagina) involuntarily tighten, making penetration impossible or painful. This involuntary spastic contraction is a reflex response (outside the unawareness of most women) that is stimulated by imagined, anticipated, or real attempts at vaginal penetration.

Couples with vaginismus often describe the presence of a “wall” where the vaginal opening should be. The ongoing sensations of burning, stinging and discomfort experienced from repeated attempts at penetration usually cause a couple to eventually discontinue sexual intercourse.

​Vaginismus is defined as primary when full vaginal penetration has never been achieved. Women who suffer from primary vaginismus often mistakenly wonder if they are physically abnormal in some way, that is, whether their vagina is too small or their hymen is blocking the opening. They usually have difficulty inserting tampons

and/or experience physical discomfort undergoing pelvic/gynecological examination with a speculum or finger. The pain and tightness which block the attempts at penetration may result in unconsummated marriages.

Secondary vaginismus is ongoing vaginal tightness and discomfort when there is a previous history of pain free intercourse. Typically this type of vaginismus is triggered by temporary pelvic pain due to issues such as urinary tract or yeast infections, a difficult delivery with stitches required or age-related changes like a hormonal/lubrication reduction after menopause.

It’s important to note that vaginismus does not prevent a woman from experiencing sexual pleasure altogether. Many women who have the condition also have strong sexual desire and no problems with arousal and orgasm when they engage in sexual activities which don’t involve penetration.

Dyspareunia is the medical term for painful sexual intercourse, defined as persistent or recurrent genital pain that occurs just before, during or after sex. It is often confused with vaginismus but the two are separate conditions.

Dyspareunia is caused usually by physical or organic factors such as:

Dyspareunia is often both the cause and effect of vaginismus however the one feature that characterises vaginismus is a fear of penetration.

Vulvodynia is a chronic or persistent pain condition of the vulva usually described as a sensation of burning, stinging, itching or rawness. The discomfort negatively impacts a woman’s quality of life and is a causal factor for vaginismus.

The involuntary vaginal tightening typical of vaginismus results from a limbic system reaction toward penetration, a protective mechanism that signals the body to brace and protect against potential harm. The limbic system is a set of structures within the brain that perceives sensory information and controls reactive bodily functions.

When penetration is attempted, the limbic system sounds an internal alarm, alerting the body of potential pain. Even if penetration is not attempted, the limbic sensory system’s detection of various forms of touch, pelvic vulnerability, or the negative anticipation of potential penetration may be enough to trigger this internal alarm. Vaginismus has been described as a fight or flight reaction in the pelvic floor and surrounding musculature. The body interprets signals incorrectly, responding with intense body tightening and reflexive movement away from potential penetration. Once triggered, the body automatically tightens the vaginal muscles, bracing to protect itself from harm. Sex becomes uncomfortable or painful, and entry may be difficult or impossible depending upon the severity of this tightened state. This involuntary muscle tightening occurs at an unconscious level so a woman who is experiencing these symptoms cannot simply make it stop nor will it go away on its own.

The vaginismus cycle of pain

Additional sexual attempts result in discomfort, further reinforcing the limbic system response so that it is further intensified. The body experiences increased pain and reacts by bracing more on an ongoing basis, further entrenching this response and creating a vaginismus cycle of pain which is illustrated by the diagram below (taken from www.vaginismus.com):

Why do some women’s bodies react this way and not others? This is probably a question that many sufferers of vagnismus have asked themselves. Generally, there are internal body and mind messages interpreted by the limbic system with an over-reaction resulting in the reflex spasm. Everybody reacts to life experiences and concerns differently, just as everyone has their own unique perceptions.

Vaginismus may result from a combination of physical or non-physical causes, or seem to have no direct cause at all. However, often the cause is not one single thing, but rather a result of many experiences and emotions, and as such the cause/s may never be completely understood. Fortunately, almost all women are able to overcome their penetration problem even without a clear understanding of what originally triggered it.

​Having said this, there are psychological factors which pre-dispose a woman to developing vaginismus. For many women, making sense of why their body responds to attempted intercourse as it does, is not only empowering but also reduces the shame and self-blame that they generally feel about their condition. Some of these factors include:

Impact on the woman and her relationship with her partner

Although it’s no one’s fault and nothing to be ashamed of, nevertheless, vaginismus often interferes with a woman’s relationships and her quality of life.

Due to historical and cultural stigmatization of women who experience problems with their sexual functioning, it is not surprising that many sufferers of vaginismus and dyspareunia experience a heightened sense of inadequacy, declines in self-esteem and mood which set the scene for the development or reinforcement of negative sexual attitudes and avoidant behaviours as well as relationship discord.

Painful intercourse has a significant impact on sexual relationships. It is common for one or both partners to present with concerns regarding what the pain means about their level of sexual attraction or commitment to the relationship.  Often the pain is seen as a reflection of their own deficiencies. Women usually worry about how the pain makes their partners feel. In some cases, an unspoken pressure to comply with their partner’s desire for sexual intercourse due to fears of abandonment can result in anger, hostility, depression and resentment. Equally, their partner who interprets the pain and sex-avoidant behaviour as an indication of a lack of interest, attraction, or commitment is likely to react by being upset and exert pressure or withdraw emotionally, both of which can exacerbate the situation.

It is very easy for couples struggling with painful intercourse to stop relating to each other sexually. Because the problematic situation becomes a sensitive area to navigate, the couple avoid talking about it and often fall into the trap of not taking action to resolve the issue or neglecting their sex life entirely. It is therefore common to see individuals/couples seeking sex therapy only when the situation becomes untenable for the partner or if they wish to conceive.

Since vaginismus is an involuntary, self-perpetuating condition, it will not normally resolve spontaneously unless properly addressed. Fortunately, through effective treatment, women with vaginismus can learn to control and relax the over-responsive muscle reaction which is characteristic of the condition.

Whilst the female client (and her partner) may make initial contact with a sex therapist/psychologist, the optimal treatment approach is multi-disciplinary, typically involving the collaboration of one or more other health professionals. A referral to a gynaecologist/GP is usually required for investigation of physiological risk factors. Following the gynaecological consult, it is often appropriate for the client to be assessed and treated by a physiotherapist who specialises in pelvic floor function. The physiotherapist plays a key role in training and supporting the client in muscle relaxation and the use of vaginal dilators. This process occurs concurrently with the work of the sex therapist which focuses on the psychological issues of pain, sex, individual factors and couple dynamics. Because the issue not only affects the woman but also her partner, couple sessions are strongly recommeded to optimise treatment effectiveness.